A question of sport in Manchester

Sport is at the heart of Manchester’s history and culture. From the world-famous football teams, to legendary venues ...

Sport is at the heart of Manchester’s history and culture. From the world-famous football teams, to legendary venues such as Old Trafford, it’s no surprise that this city is so popular with sports fans and athletes alike. In this blog, we'll explore why Manchester is the perfect place to study for anyone interested in sport. 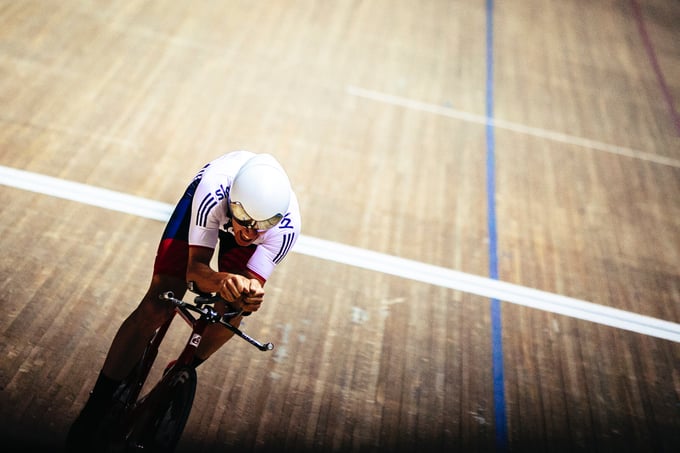 Manchester is known for its two football teams, Manchester United and Manchester City. Both clubs have been a part of the city since the late 1800s and have had plenty of impact in that time.  Most notably is through the club’s stadiums; the City of Manchester Stadium is home to Manchester City and is located just two miles away from the city centre. The stadium was built in 2002 to host the Common Wealth games. Man United’s home ground, Old Trafford, is the second largest in the UK (Wembley is the first). In non-covid times, the city is flooded with tens of thousands of football fans each season.

UA92 students enjoy a unique connection to Manchester’s football history as the institution was founded by four of the city’s most legendary players; Gary Neville, Ryan Giggs, Paul Scholes, Phil Neville and Nicky Butt. These football giants aren’t just silent donors, their attitude towards preparedness, ability to dream big, and commitment to creating opportunity is at the center of what UA92 does.

Football isn’t the only sport that has a rich history in Manchester. The city has played a big role in Britian’s cycling success over the last 2 decades. The National Cycling Centre is home to British Cycling, the main national cycling body in the UK. The cycling center includes an indoor Velodrome, a BMX arena and outdoor mountain bike trials.

Cricket is another important piece of Manchester’s rich sporting culture. The suburb of Trafford is also home to the Old Trafford Cricket Ground, home of Lancashire County Cricket Club. The ground is one of the oldest in the UK, having been built 155 years ago and hosting test matches ever since. The stadium holds the record for both most World Cup matches hosted.

Together, the Old Trafford Cricket Ground, City of Manchester Stadium, the National Cycling Centre and several other venues including the National Squash Centre, the Tennis Centre and state-of-the-art gymnasium make up what is known as ‘Sportcity’. This city within a city welcomes thousands of visitors each year and is a great place to keep fit or try out a new sport. There’s even accommodation within the city, for those who eat, sleep, and breathe sport.

Manchester is the perfect place for students who want to pursue a career in sport. The UA92 timetable structure means you’ll be able to keep up with training or even try your hand a new athletic pursuit. You’ll have plenty to choose from in Manchester; as well as football, rugby and cricket, you could also have a go roller derby, rowing, netball, speedway, American football, boxing, and even ludosport – lightsaber fencing.

Five best things about being a student in Manchester

Studying in the UK has several benefits, from its prestigious reputation for education to the opportunity to improve your English and many others....

We know it can be difficult for your parents to attend open days with you, especially given the recent Covid-19 restrictions. We also understand that...

Manchester has one of the largest Chinese populations in the UK, making it a great place to celebrate the Chinese New Year. Here are some of the...

Be the first to know about UA92 Global by subscribing to our Blog.